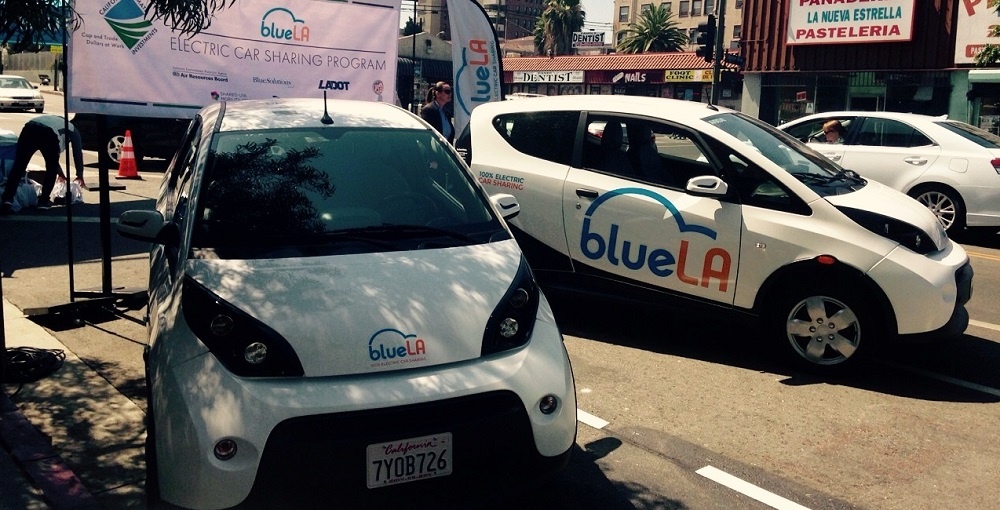 The Shared-Use Mobility Center (SUMC) is partnering with the California Air Resources Board (CARB) and the City of Los Angeles to launch a first-of-its kind carsharing pilot project focused on serving low-income residents in L.A.

The goal of the three-year pilot, which is funded with $1.67 million in state cap-and-trade revenues, is to reduce greenhouse gas emissions by introducing electric carsharing fleets into disadvantaged communities. This unique project — which was named to the Sustania100 list of the 100 most innovative urban sustainability projects in 2016 — is designed to increase access to transportation for hundreds of thousands of Angelenos, while at the same time attracting new private-sector investment, increasing public awareness of electric vehicles and cutting congestion and harmful emissions.

The project will add approximately 100 electric and hybrid carsharing vehicles and 200 charging stations in disadvantaged communities in and around Central Los Angeles. It also aims to recruit at least 7,000 new carsharing users, who in turn are expected to sell or avoid purchasing 1,000 private vehicles, reducing annual greenhouse gas emissions by approximately 2,150 metric tons of CO2.

The pilot includes an array of worthy outcomes, such as:

Additionally, a local Steering Committee will assist in program outreach to help ensure the project is relevant and accessible to residents from a wide range of backgrounds. The committee is led by several community-based organizations including the Koreatown Immigrant Workers Alliance, TRUST South LA, and the Salvadoran American Leadership and Education Fund. Additional partners include Enterprise Community Partners, NRDC and Move LA.