CityLab: L.A.’s Bold Plan to Bring Carshare to the Poor

For all their social benefits, electric vehicles have so far remained the province of the rich. Snazzy Teslas start at $70,000, BMW’s i3 will set you back $43,000, and even the relatively cheap Ford Focus Electric and Nissan Leaf cost around $30,000. That’s nowhere near economy car prices, and given how new the fleet is, it will take a few years to build up a used EV market.

That means low-income families, who tend to live in parts of cities more vulnerable to pollution, can’t always access the tremendous advances in clean transportation technology. L.A. wants to level the playing field with a new pilot program to subsidize EV car-sharing. The city just won a $1.6 million grant from the California Air Resources Board (CARB) to put 100 car-share vehicles, at least 80 of which are electric, into the low-income neighborhoods ringing downtown L.A. The city still needs to figure out who will operate the service, but it hopes to get the new cars rolling by early next year.

The project addresses both economic and environmental sustainability. Low-income families spend a higher share of their paychecks on transportation than wealthier families, but have less access to car-sharing services, because they aren’t close enough or the cost of membership is still too high. Poor neighborhoods often suffer worse air pollution, but the economic barriers make it hard to ditch old cars in favor of cleaner electric ones.

The collaborative effort came together with help from the Chicago-based Shared-Use Mobility Center, a nonprofit that wants to make it possible “to live well without owning a car,” in the words of executive director Sharon Feigon. She’s got over a decade of experience setting up and running car-share services in cities around the country. She likens establishing affordable car-share in a disadvantaged neighborhood to opening a grocery store in a food desert: it taps into underserved demand. 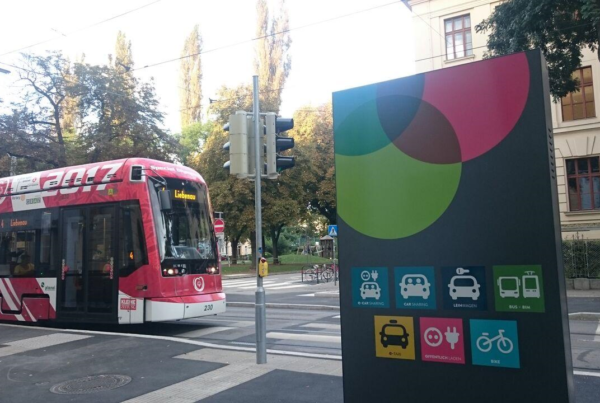