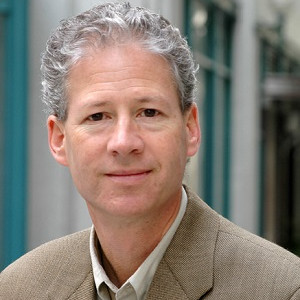 City CarShare launched in San Francisco in 2001 with a fleet of 12 lime green Volkswagen Beetles. The nonprofit was the first carsharing provider in the Bay Area and an early innovator – a legacy that CEO Rick Hutchinson continues today through emphasis on pilot projects, advocacy work and community-focused programs. Currently, City CarShare is preparing to launch the first e-bike sharing system of its kind in the nation.

The following is a lightly edited version of the Shared-Use Mobility Center’s conversation with Rick Hutchinson. In each issue of SUMC’s newsletter, we will profile a different shared mobility innovator.

What role did City CarShare play as an early carsharing pioneer?

In the early days we helped a lot of other organizations get started in carsharing, in the U.S. as well as Mexico and Europe. We developed an operator manual – some called it the ‘carsharing bible’ – and created technology that was used by dozens of carsharing organization across North America. We also worked closely with other early leaders, such as Sharon Feigon at IGO Carsharing in Chicago, to help move the industry forward.

More recently, we’ve implemented several programs in the last few years to continue forward with our mission to reduce over-reliance on autos and cut congestion and greenhouse gases.

How has City CarShare been an innovator?

City CarShare has offered wheelchair-accessible carsharing vehicles for over five years now. Until recently, it was the only program of its kind anywhere in the world. The AccessMobile program, which uses converted minivans that can hold up to two wheelchairs, allows people who self-identify as disabled to become members without a driver’s license. They can sign up as many family members and aids as they want free of charge.

Our CommunityShare program is the only formal carsharing program in the country that is focused on serving low and moderate-income families. We provide discounted carsharing access that’s distributed through partnerships with affordable housing groups and social service agencies. We also make it a priority to locate vehicles in areas where the need for affordable transportation is greatest.

What other programs does City CarShare have underway?

We’ve been working with Toyota for the past year on our DASH pilot, which is focused on introducing carsharing at two local suburban business parks. We want to encourage commuters to switch to public transit or carpooling by providing them with access to a vehicle at work for when they need it, such as to run errands or drive to a meeting.

DASH uses a fleet of electric Scion iQs and charging stations. We have 24 of 30 vehicles in place now and are still working on putting in some infrastructure. City CarShare currently has more electric vehicles (EVs) than any other round-trip carsharing operator in the country. I think EVs will only become a bigger part of carsharing in the future. Right now the infrastructure is expensive, and dealing with it can be time-intensive, but that will change once it gets up to scale. It won’t be a totally smooth transition, but it will happen.

What are City CarShare’s plans for e-bike sharing?

This coming summer City CarShare will be launching an e-bike program in San Francisco and Berkeley that, as far as we know, will be the first of its kind in the nation. The bikes will have pedal assist with a motor in the back wheel, which will be helpful since the areas we’re launching in have a lot of hills. We’ll also be introducing cargo bikes. Both will be customized and built specifically with sharing in mind.

Also, the bikes will all be co-located with City CarShare cars, which is important because we want to provide an option that’s very convenient. It will be almost a passive decision making process – you don’t have to learn a new system. Just go online and reserve a vehicle like you normally do, except you’ll now have an option to pick a bike instead of a car.

Our goal is to move people off cars to other options that are convenient, efficient and very, very green. We also hope to produce some best practices and operational data so that we can expand and maybe encourage other communities to embrace electric bike infrastructure.

What does the future of mobility look like from your vantage point?

I think advances in technology, like connected cities and autonomous vehicles, will lead to an even bigger shift in people’s lifestyle and transportation choices. I believe we’ll continue to see decreases in vehicle miles traveled (VMT) per capita, while the variety of transportation options people use will only continue to grow. Also, as people continue to move back to cities, we will face increasingly unacceptable congestion levels. Agencies and governments will have to play a role in addressing that. They can’t just leave it to the private sector.

Do you have a favorite shared mobility experience?

I was a member of City CarShare before I worked there. One day I was out driving back in 2004 and I passed someone else in a City CarShare car. There weren’t too many of them at the time, so we both noticed and kind of smiled and waved to each other.

In the early days, members also used to leave notes in the cars for the next driver. People would leave cards, haikus, things like that. A few months later I got in a car and found a note from the driver I had passed, about how we recognized each other and waved, and how fun it was. That was a nice experience. It felt like being part of a community. It was one of the reasons I felt so good about City CarShare before I ended up working there.

What are your hobbies outside of work?

I have two daughters, a sophomore in college and a senior in high school, so my biggest hobby right now is finding ways to spend time with them. I would say travel, eating and sports are probably the big three. I’m a Golden State Warriors fan and, since I’m a University of California alum, I love anything to do with the Golden Bears. Recently I’ve also had to become a University of Washington fan, since my older daughter is a student there.