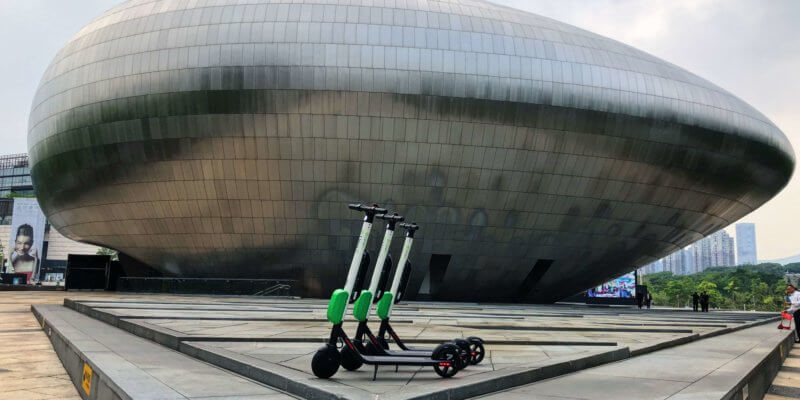 Shared-Use Mobility Center weighs in on the Chicago scooter pilot.

On October 15, 2019, streets and sidewalks on Chicago’s West and Northwest sides seemed oddly vacant. Cars, buses, and bikes moved past as usual, but gone were the newest two-wheeled transportation option on the block: shared e-scooters. 2,500 vehicles from 10 companies had dotted the urban landscape for the City’s four-month e-scooter pilot, which began on June 15, 2019 and stretched through the summer months. (Riding the vehicles during an often snowy, nearly always frigid Chicago winter is an entirely different story.) The long days and warm temperatures of the pilot period, however, saw 772,450 trips taken or about 6,500 trips per day, proving definite interest in the popular mode. 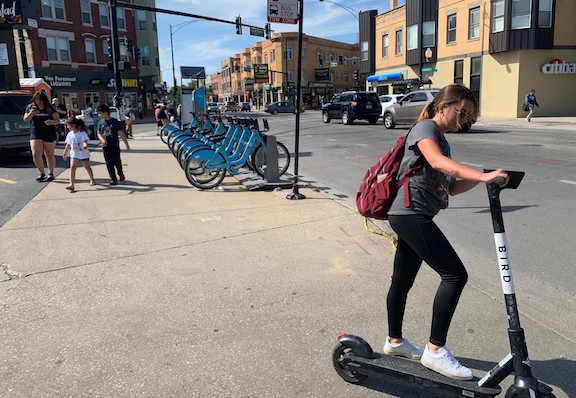 The regulations for participating vendors were fairly complex and included such specifications as: limiting scooter use from 5 am -10 pm and removing them from the public right of way outside of operating hours, including an equity component for geographic coverage, and providing measures for the unbanked. The MOD Learning Center has an excellent overview of the pilot you can access here. The rules for users were more straightforward. E-scooters could only be operated on bike lanes within the designated hours, and riders had to be at least 18 and obey all traffic laws. The maximum speed of each e-scooter was 15 mph. The pilot was administered by the City’s Departments of Business Affairs and Consumer Protection (BACP) and Transportation (CDOT).

The stated goal was to test the viability of e-scooters as a mobility option, particularly as a first- and last-mile gap-filler for transit deserts, and do so in a way that maximizes safety and minimizes sidewalk clutter. The City wanted to incorporate an innovative and popular solution into the existing infrastructure in a way that is economically feasible for all partners, while meeting equity, sustainability, community, and environmental goals. The City is currently evaluating the pilot to answer this question as they decide whether or not to bring back the micromobility option for good.

E-scooters are not a one-size-fits-all transportation solution—public transit is the true unsung hero that deserves attention and investment—but by addressing the following issues before implementation, SUMC believes they should be a permanent mobility option in Chicago.

1. Infrastructure Upgrades
E-scooters are meant to be used on safe, protected bike lanes, of which Chicago currently has around 240 miles. While this is a decent number, the Chicago Streets for Cycling Plan 2020 calls for a 645-mile network of biking facilities to accommodate cyclists within every half-mile of Chicago. Given that e-scooters travel on the same road space as bikes, they should be a part of this plan—and can play an important role in funding. Proceeds or a portion of from the e-scooter program should be used to support the creation of bike lines or more accurately, micromobility lanes, as well as corrals to house the vehicles when not in use. 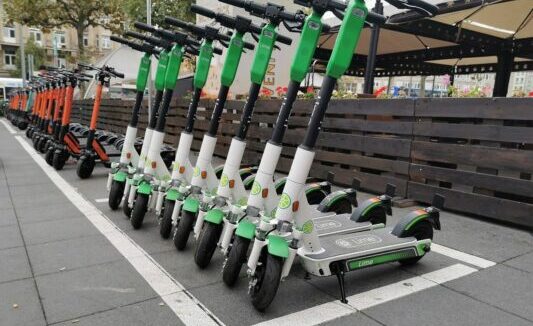 Cars clutter city streets, empty lots, and public areas, filling spaces that could otherwise be used for social interaction, greenspace, retail, or other civic needs. E-scooter clutter, however, is a real issue for individuals with visual and mobility impairments. They cannot easily bypass the barriers formed by discarded vehicles and this prevents them from traveling freely, violating state laws and the federal Americans with Disabilities Act. We can help alleviate e-scooter clutter with the addition of corrals to house vehicles in a single, defined area and keep them off sidewalks. This process should be facilitated with good signage and enforced.

3. Rider Education
E-scooter safety is a concern. This said, the car is the most dangerous mode of all to drive or be a passenger in. (The National Highway Traffic Safety Administration reports that two out of three motorists will be involved in an injury to themselves or others in their lifetimes.) E-scooter injuries tend to occur at the onset of use. A report from the CDC and Austin Public Health found that one in three people injured on e-scooters were first-time riders and 63% had ridden nine times or less before getting hurt. Education and training about proper vehicle operation and mandatory safety precautions such as wearing a helmet and maintaining a safe speed can reduce these numbers. E-scooter vendors, the City, and the community all play a part in keeping people safe.

4. Access and Equity
As a mobility service operating in a public space, e-scooters need to be available in the areas that are most lacking in affordable transportation options. The pilot was successful in this regard, placing 25% of all vehicles in two priority zones. These areas were chosen, the City said, because of their limited transit access as well as “different residential and commercial densities, and economically and ethnically diverse communities.”

How did usage compare in these areas? It’s complicated. A study from the Chaddick Institute found that more e-scooter trips originated in whiter, more affluent communities — the Near West Side (622), West Town (408) and Logan Square (118) — than in majority African-American communities such as Austin (88). At the same time, it also found pockets of “relatively intensive usage” in neighborhoods with a higher share of low-income households, including North Lawndale and West Garfield Park.  All in all, this raises important questions about why usage was lower and what can be done to address this and improve mobility in the areas that need it most.

5. Environment
E-scooters are lower-carbon but not no-carbon. They run on electricity and rely on motor vehicles to be picked up, charged, and redistributed overnight. To make e-scooters more sustainable, an Active Trans report calls for charging the vehicles with renewable energy, and rebalancing them with zero emission or carbon-free vehicles. SUMC supports this, but also feels we should focus on e-scooters as a car replacement as much as possible where they have a significantly lower environmental impact. No, electric scooters aren’t perfect for all trips or weather conditions, but they can be a useful mobility option in Chicago that we hope becomes as iconic as “L” trains, the “Sears” Tower, and Wrigley Field.

The City is currently reviewing responses to a survey of all Chicago residents that sought to evaluate ridership and determine the impacts of the program. There is no word yet on when a final decision will be made, but the following questions should be further explored:

If you’d like to learn more about electric scooters as a mobility on demand solution, the MOD Learning Center has a new learning module dedicated the fast-growing mode. Read an informative overview as well as definitions, key policies, partnerships, and case studies and follow @Sharedusecntr for the latest scooter and other shared mobility news.

The ten companies who participated in the pilot were: 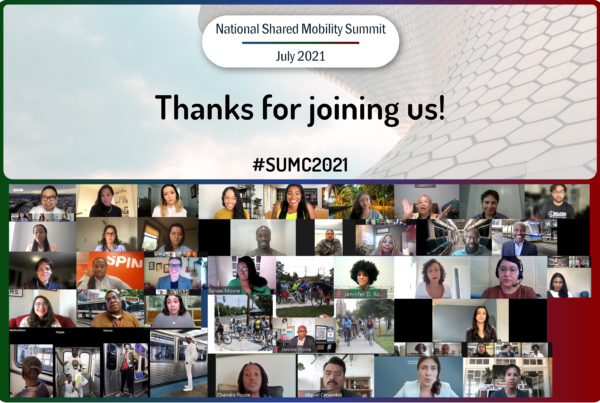 The Thursday Mobility Hub is back with insight we’re taking in and intel we’re sharing out. 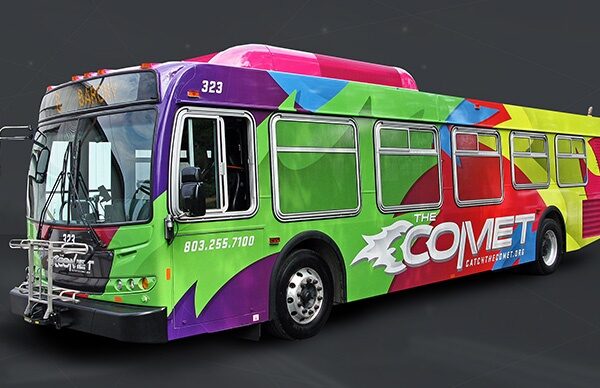 Technology as the Gateway to Accessibility