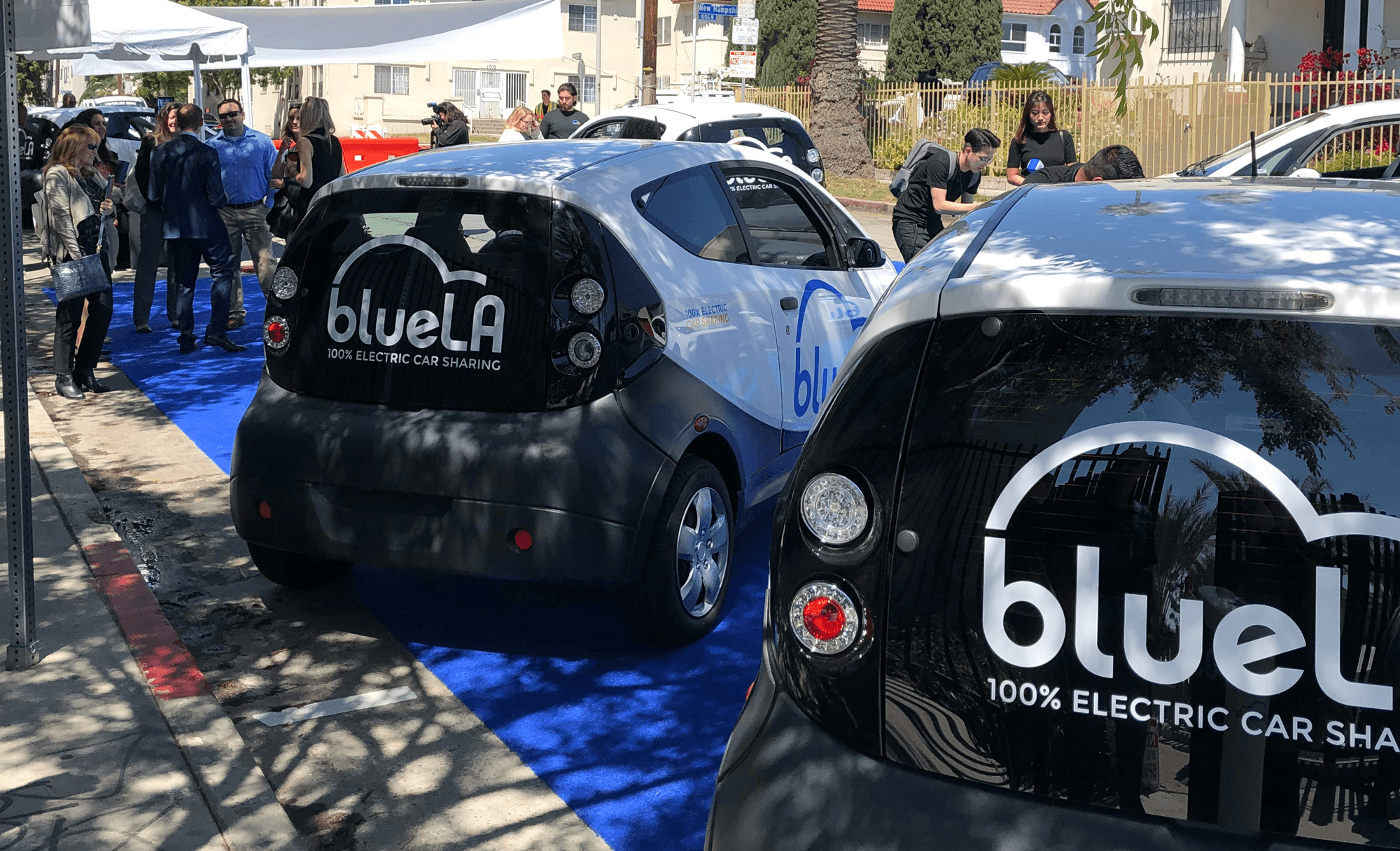 The launch, which occurred during Earth Week, represents the culmination of a 3-year effort by SUMC and its partners on the project. SUMC worked with LADOT on program design, public-private partnership, and community engagement.

SUMC Executive Director Sharon Feigon says “We are thrilled that the carsharing program is getting started and eager to see how it can improve mobility for the community. This project is very innovative and brings together so many important goals: improving transportation options for disadvantaged communities, reducing congestion and providing environmentally sound, all-electric transportation at an affordable price. The program was designed by the communities that will be served by it, in partnership with the public and private sectors. This is a model for the region and the whole US.”

BlueLA – which will scale to 100 EVs and 200 charge points at 40 stations by year’s end – is expected to be the world’s largest carsharing program specifically targeted to disadvantaged neighborhoods.

The launch event was held at Los Angeles City College, near one of the charging stations on Willow Brook Ave at the corner of Vermont Ave, and brought together a wide range of public sector leaders to express their support. The event featured food booths, free giveaways and sweepstakes, a live performance by recording artist Jesse Baez, plus a live radio remote capped off by the official launch of the service by VIP’s at 1pm.

Registration for BlueLA is already open and includes tiered pricing for members:

Residents can also visit BlueLA.com for more information and to register for the program. A project steering committee – which includes the Koreatown Immigrant Workers Alliance, Salvadoran American Leadership and Educational Fund, and TRUST South LA – has also engaged in grassroots outreach to ensure that community members have a voice in the program’s design and rollout.

The BlueLA project is supported by $1.67 million in grant funds from the California Air Resources Board and $1.82 million in EV infrastructure rebates, fee waivers and in-kind support from the City. Bolloré Group – which has been operating electric carsharing in Paris since 2011 and launched the Blueindy EV carshare program in Indianapolis, Indiana in 2015 – will initially invest at least $10 million in the program’s fleet and charging stations.

Altogether, the two-year pilot is expected to recruit a minimum of 7,000 new carsharing users, who in turn are expected to sell or avoid purchasing 1,000 private vehicles, reducing annual greenhouse gas emissions by approximately 2,150 metric tons of CO2.